September 18, 1895 is a significant date for many who know the famous “chiropractic story”. It seems like it would be common knowledge, especially for anyone who has suffered hearing loss or deafness.  Why? Because the first adjustment was given to a man who had been deaf for 17 years, Harvey Lillard. He had not been born deaf, but had suffered from a major trauma to his neck while working as an engineer, and lost his hearing thereafter. Was there a connection? You bet! Dr. D.D. Palmer was the man who did this life-changing, restoration to the man, and is considered the father of modern-day chiropractic. His son, Dr. B.J. Palmer, went on to develop it into the profession it is today.

For centuries cultures around the world have looked to the spine as the ultimate life-source of the human body. What we know as chiropractic today, can be traced back to many different civilizations around the world. Even Hippocrates, who is considered the father of modern-day medicine, said, ” Look well to spine for the cause of disease.” 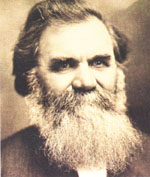 Days after conception you can see the early formations of the brain forming, then from there the brain creates a system of nerves that is responsible for building, growing, and developing the rest of the body- every organ, cell, tissue, and every system must be formed through the first system…the Nervous System.  The nerve system is considered the “first” system by all definitions.  Look up the definition of “health” from Dorland’s medical dictionary, Gray’s Anatomy, or Webster’s and you’ll see the connection between the role your life source plays in health, function, and healing.  It is the exact difference between being alive and dead, but what happens when you’ve get half power or interference from the brain to body and body back to brain via the spinal cord?

Why was Harvey’s hearing restored?  Dr. D.D. Palmer understood life-force in the human body.  If the body was able to grow it self from one cell big with out any help at all from the outside, just it’s own innate intelligence, then it must be have the power to repair, maintain, and heal itself, if given the proper treatment, conditions, and experience.  In D.D. Palmer’s own words, ” On September 18, 1895, Harvey Lilard called upon me.  He was so deaf for seveteen years that he could not hear the noises on the street.  Mr. Lillard informed me that he was in a cramped position and felt something give in his back.  I replaced the displaced 4th dorsal vertebrae by one move, which restored his hearing fully.” (“The Chiropractor’s Adjuster” by D.D. Palmer/1910 p. 137).

This is what real chiropractic is all about.  Many come in for back and neck pain, yes, but it doesn’t stop there.  Thousands claim that they have never had a doctor tell them that, well, their problems are interrelated and connected.  So, low back pain could mean a person also has a sluggish colon or frequent urinary tract infections etc.  The hip bone is connected to the leg bone, the leg bone’s connected to the …you get the idea!

The Birthday of Chiropractic: A Short History.