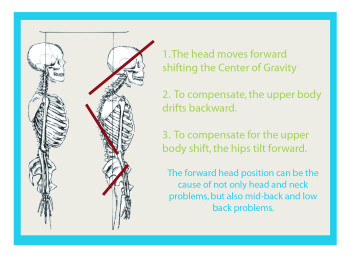 Why Do I Have Back Pain?

The Domino Effect: Dangers of Forward Head Posture The primary cause of forward head posture is long-term subluxation and lack of spinal hygiene or neglect, which can become worse with many common, everyday activities that many of us do habitually. Here are some of the more common ways we can make matters worse… 1. Looking […]

Another incredible patient testimonial from our office in Clawson, Michigan. Patient Kevin Pappert was referred to Dr. Tocco after suffering for nearly two months from severe vertigo spells. Kevin’s vertigo spells were impeding his life, his work and his overall happiness. After being told by medical doctors that his condition was “positional” and to limit […]

Dear Friends of Tocco Chiropractic, What is the single best exercise I should be doing? I can’t tell you how many times I’ve been asked this question as a chiropractor and wellness advisor for the last three decades!   I saw this video, and it is well-researched, so I’ll allow it to speak to what I’ve been […]

Dr. Behrendt led a study with 15 women who struggled with infertility, some for more than a decade. Of these women, 14 became pregnant. Dr. Behrendt says “the chiropractor identifies spinal distortions, which are called subluxations, and once they were detected and corrected, the fertility function improved.” When we go back to how the body works […]

When you come to our office, you see a children’s table and toys in the corner. At first glance, one might think that this is because the kiddos that come see us can entertain themselves while mom or dad get adjusted. However, the truth is parents are hearing about some alternatives to the mainstream approach to […]

The Journal of Upper Cervical Chiropractic Research on March 14, 2011, published a case study documenting how chiropractic care helped an elderly woman with Parkinson’s disease symptoms. The authors of the study noted that, “Parkinson’s disease is a progressive neurodegenerative disease characterized by resting tremor, bradykinesia (slowness of movement), rigidity, and postural instability. An estimated […]