Posted on January 16, 2012 by drsamtocco in Michigan Chiropractor, Uncategorized

The Journal of Upper Cervical Chiropractic Research on March 14, 2011, published a case study documenting how chiropractic care helped an elderly woman with Parkinson’s disease symptoms. The authors of the study noted that, “Parkinson’s disease is a progressive neurodegenerative disease characterized by resting tremor, bradykinesia (slowness of movement), rigidity, and postural instability. An estimated one million Americans live with Parkinson’s with approximately sixty thousand new cases diagnosed each year.”
In this study, a 67-year-old woman came to a chiropractor with complaints of weakness, tremors, scoliosis and rigidity due to Parkinson’s disease. Her problems began five years earlier, and it was at that time that she was diagnosed with Parkinson’s disease. The woman’s history also notes that she has a history of migraine headaches, nervousness, right shoulder pain, dizziness, constipation, and osteoporosis. Due to her dizziness and balance problems the woman would fall almost daily. The case study reported that due to the severity of her condition, she was missing work and had trouble performing daily activities.
A full chiropractic examination was performed which determined that there was abnormal nerve system function due to an atlas subluxation complex. A subluxation is when one or more of the vertebrae is out of a normal position and affecting nervous system function. In this case, the authors noted that it was the top bone in the spine, the “Atlas”, that was the subluxated vertebrae and causing what the authors termed, “aberrant neurological function”. 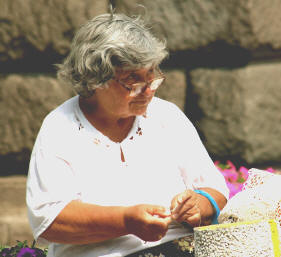 Care was initiated using specific forms of chiropractic adjustments designed to correct the subluxation found in this case. After one month of care, the patient reported a 60 percent improvement in weakness, and a 50 percent improvement in her tremors. It was not until the third month of care that the patient could report a 30 percent reduction in her rigidity. After 6 months of chiropractic care, the woman reported a 70 percent improvement in mobility and a significant reduction in the number of falls she was having. The study also reported that the woman’s quality of her life had improved as the woman noted an improved ability to perform activities of daily living, including her work.